Naxos is a Greek island with an area of 429.79 square kilometers. and is 103 nm. from Piraeus. It is the largest island of the Cyclades, in the Aegean Sea. Traditionally, the first inhabitants of the island were the Thracians and the Pelasgians 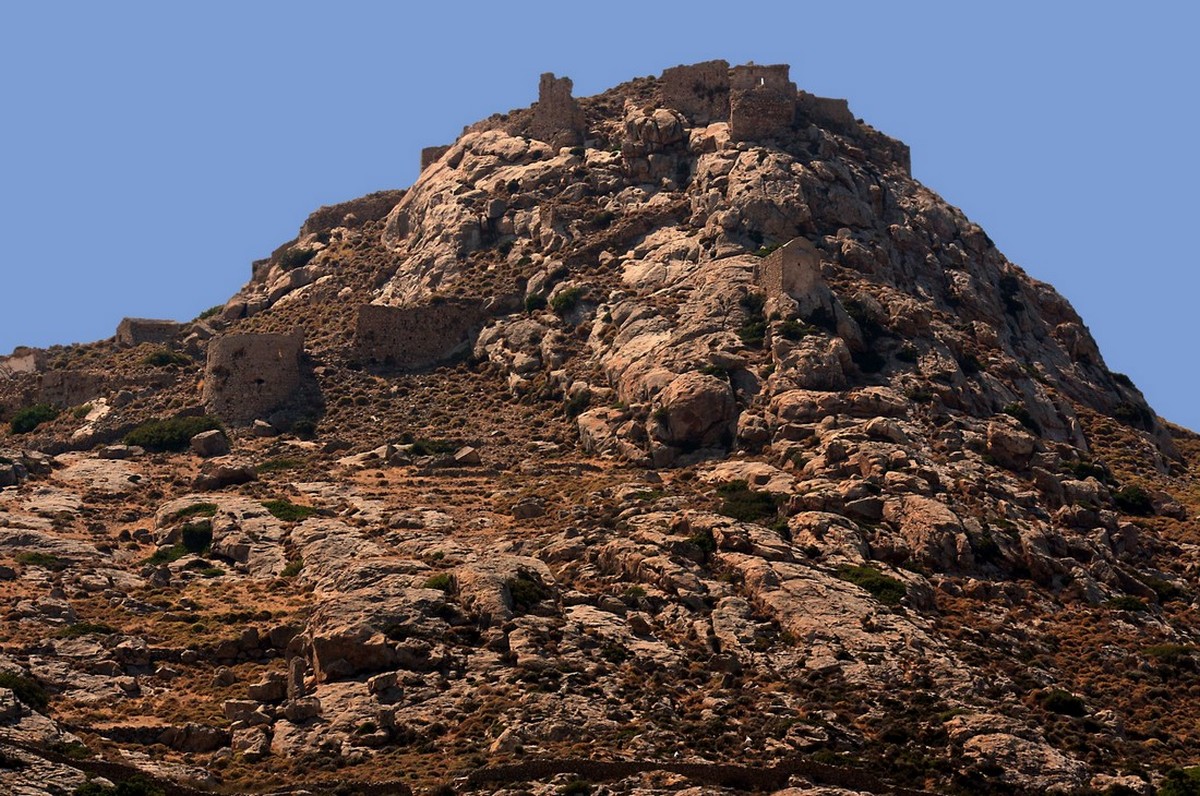 The Apano (Upper) Castle of Drymalia stands in the valley of Tragaia. Its location indicates the importance of the castle in ancient times for the whole Naxos island. It is located at a key point and this proves that it served as a fortress to guard the area from pirates.

Along the walls of the castle stand the Byzantine churches of Agios Georgios and Panagia Kastriani. The most important monument of the castle though are the two ancient cemeteries. Visitors can find there are the places named “Slaves” and “Little graves of slaves” which are directly connected with the history of the castle and the attacks from pirates. Unfortunately during these attacks, most people captured were brutally tortured by the conquerors. There are many myths and legends in which the pirates ,usually after tricking an old woman, took the keys for the castle, only to capture it and start the killing afterwards. The remnants of that turbulent era, the old ramparts, the arcades, the walls crumbling, abandoned cemeteries and chapels stand imposingly, even today.

The castle was rebuilt by Marco Sanudo in order to reside in it, but he finally chose the castle in Naxos Town (Chora). The castle eventually became permanent home of the Duke of the island.

A visit to the Apano Castle , is a unique experience that every visitor of Naxos should not miss. The view is unique and the tour at the castle revives stories with dukes and princesses, pirates and lost treasures.pa